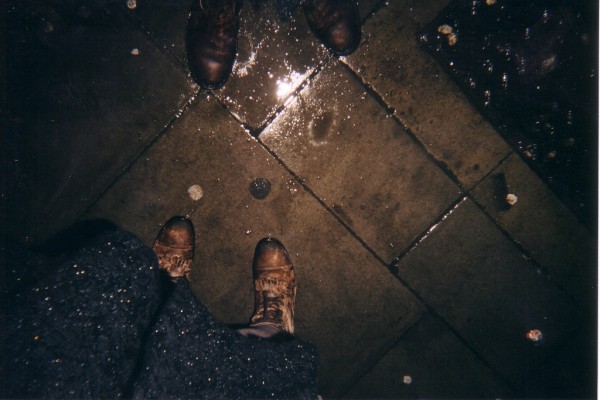 Claire’s been caught in the rain sixteen times already this year but who’s counting? There are other numbers to remember, like twelve, thirty-one, and twelve again. That’s when they met. First their eyes, then their lips- a requisite midnight meeting of two (suddenly no longer) strangers. She’d stepped out on the terrace for a silent smoke. Gin and ice jangled in her glass. Downstairs a street vendor scrambled to shelter his samosas from the December drizzle. The rain cast a lacquered glow upon their city.  Revelers took to the streets unfazed. She pressed herself against the wall and watched the tips of her boots dampen and darken. It was then that he appeared at her side and asked (quite simply),  was it too late for fireworks?