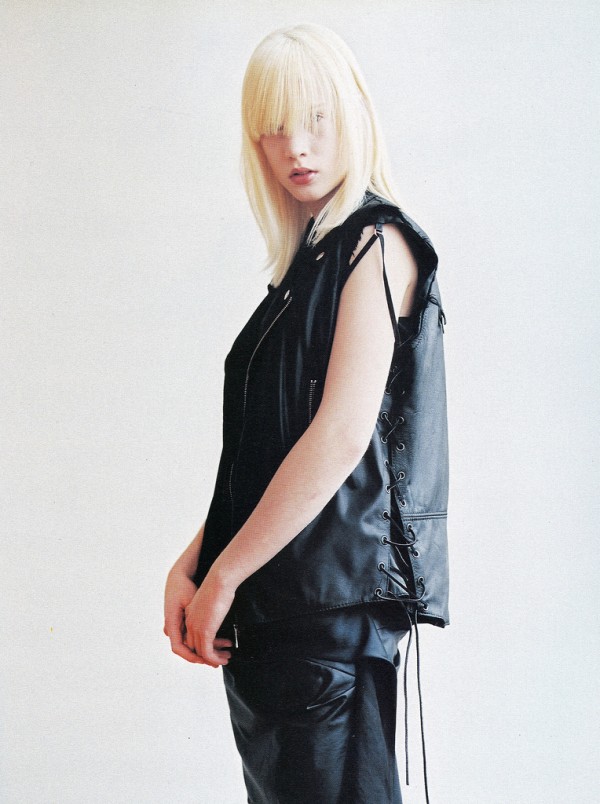 She came back to him in whiffs, at first on the cuffs of a borrowed button-down and  later on the edges of a pillowcase. For weeks after she left (when the breeze was right) he could swear she was there at the foot of his bed, pulling up her stockings, or better yet, rolling them down low below her hips where they might lay for days in a tangled bunch. He sued to trip over them so many times, he’d started to hide them under the mattress. An act of trivial retribution turned salvation. He clutches the warm nylon close to his nose and remembers every inch of her.

*Featured image :i-D Magazine: The Inspiration Issue (February 2001)  “Forever I Am A Part Of You And Me” Photography: Willy Vanderperre Styling: Olivier Rizzo by Victor Soto